[ Add both hashtags "#" to your pictures to help Super Scouts win! ]
Visit Our Facebook Page

Want to make your own human powered glider? Check out our award winning Instructable at: Instructables.com

Did you like our Soapbox Team? Show your support by Copy & Pasting these hashtags in your Photos! 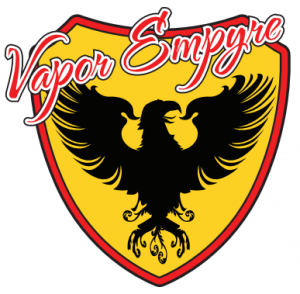 Winning the RedBull Flugtag in Nashville last year was exhilarating. We put in hundreds of hours to create that craft and watching Craig make a perfect landing was such a huge relief. We hadn't even left the event and we were already talking about what was next. But there turned out not to be a 2018 Flugtag, at least not one near us. So when the RedBull team asked if we wanted to try our hand at a soapbox car, we immediately said yes!

Again, we set out from day 1 to win. Everything is about performance and results for us, so we worked hard from the beginning to strive for perfection. And we failed... again and again. The suspension wasn't right, it was too heavy, it didn't turn right, it didn't have enough ground clearance, it wasn't strong enough, it wasn't cool enough. But the Super Scouts are always persistant. We faced one challenge after the next, completely rebuilding the craft several times and changing out all sorts of things. The end result is an unassuming pinewood derby car with some awesome engineering.

Then we set to work on our costumes and skit. IT IS AWESOME. I'm not going to drop any SNL hints. But you'll laugh, you'll cry, you'll might choke a little.

It's supposed to rain this weekend, so who knows if our craft will perform as good as we hope. As Scouts, you know we'll come prepared. There's still driver error as a strong possibility since none of us has ever raced anything like this before. But we added a LOT of little surprises along the way. Come check us out this weekend in Cincinnati. We'll have giveaways, a racetrack for the kids (and adults that act like kids), awesome sound effects and more. Be sure to take a picture and post it on Instagram and Twitter with the hashtags #RedBullSoapBoxRace #VoteSuperScouts to help us win the Peoples Choice aware. Facebook doesn't count!

It's only a live event, but we'll do our best to capture as many photo's and videos as we can to post here after the event.